Although people generally prefer to see organised fight in which a battle is ended through a knock-out (K.O.), it is much more often that both fighters stand firm on their feet after the fight is officially over. Since we have no clear winner, a decision has to be made and it is up to the judges to decide how the fight is going to end. This system is used in all martial arts and combat sports and in today’s article, we are going to focus specifically on boxing.

Boxing fights are scored based on a ten-point must system. Three judges score each round separately, giving 10 points to the winner of the round and 9 or less (8 or very rarely 7) based on how dominant one fighter was in a particular round. The round can also go 10-10, but it is very uncommon.

So, today’s topic is about how the judges decide a fight where both are still standing after the fight is over. Of course, they use a point system with a predetermined ruleset and we are going to show you how the scoring system in boxing actually works and how it was developed.

Although all martial arts have their own specific scoring system, each of them is different. Boxing is no exception, which is why it is necessary to discuss and analyse the system separately from all the others.

In boxing, a fight can end in three possible ways – with a knockout, with a disqualification or with a judges’ decision. The first two scenarios are simple. If we’re talking about a legal knockout, the winner is, of course, the last fighter standing, since the opponent is not fit enough to continue the fight.

A knockout can either be “normal” (one fighter knocks the other unconscious and he cannot continue the fight) or technical (when the referee decides it is not safe for a fighter to continue, despite him not losing his consciousness); there is also a very rare scenario when neither of the fighters can continue due to a simultaneous, two-sided knockout, which is called a double knockout.

A knockout is a fight-ending situation, just like a disqualification, which happens when a fighter commits a very serious breach of the rules of fighting.

But, if neither of these scenarios happen, a decision must be based using the points each judge gave to the fighters during the course of the fight. There are three ringside judges who observe the match and award points. The points are later added and each judge declares a winner based on the scoring.

The scores of all three judges are then shown and the winner is decided based on these scores. A match can either have a winner (via unanimous, majority or split decision) or be declared a draw (same possibilities). Modern boxing uses a 10-point system to determine the final scores, but more on that later.

Here is the scorecard from the Wilder vs. Fury fight:

These are the basics. Further below, we are going to discuss the development of the modern system and how it actually functions.

History of the Boxing Scoring System

When boxing was starting as a professional sport, the referee in the ring decided the winner, usually just by raising the winner’s arm. This practice is present even in today’s boxing, but is merely symbolic, with the exception of some professional bouts in the United Kingdom. The referee had no precise scoring system but would determine the winner by feeling, just by observing the fight.

Although it is essentially not different than the modern scoring system (scores are assigned based on the judges’ subjective appreciation of the fighters’ performances), it was far more arbitrary than it should have been.

The twentieth century introduced the first scoring system, which was based on scoring rounds and determining the winner by more rounds won. We have to say, here and now, that the rules of modern boxing are based on the rules provided by John Douglas, 9th Marquess of Queensberry, a Scottish nobleman who is considered to be the “father of modern boxing”.

Although his rules laid the foundations for modern boxing, interestingly enough – they did not contain a predefined scoring system, which was left to the individual organisations to determine themselves. This, of course, caused chaos, as each national organisation had its own rules, which lead to the necessity of developing a universal scoring system.

That finally happened in 1968, when the World Boxing Council (WBC), introduced the modern 10-point system, used universally in modern boxing. The Marquess of Queensberry rules, thus ironically, helped developed a universal scoring system by not defining one.

Initially, the referee had a big role in scoring fights, even when two ringside judges were added as the sport developed. The addition of ringside judges was made in order to increase the objectivity of the scores, as it was presumed that they would be able to better ascertain the facts by not being inside the ring.

Ultimately, the referee was completely cut from the scoring process as a third judge was added, but the referee’s role was still substantial, as he had the authority to end a fight or deduct points.

So, this is how the system developed. Now, we are going to see how it actually functions.

The 10-Point Scoring Sytem in Boxing

The scoring in modern boxing is entrusted to three ringside judges approved by the commission. They are seated some distance from each other and they are not allowed to either consult each other or share their scores during the match. This was decided to avoid score fixing.

The judges carefully watch and score each round separately. After each round, each judge gives his scores to the referee, who then hands them out to a clerk responsible for recording them and adding the final scores. Each judge must award 10 points to the winner of the round – thus the name, 10-point system – and less to the loser. Of course, the winner can get less than 10 points if there have been deductions during the round, but if the round was completely regular – the winner must get 10 points.

The most common score is a 10-9. Other common scores include a 10-8 and a 10-7, but such scores are usually the result of point deductions for knockdowns, since the judges must deduce a point each time a fighter is knocked down.

If a round is deemed to have been even, the judges can score it 10-10. The winning fighter could get 9 points or less, but only as a penalisation for fouls committed during the round; judges themselves can penalise the fighter, but the referee can also do it, but only after the round is complete.

If a bout is completed and there was neither a K.O. nor a disqualification, the scores are all added up together by the clerk, who then gives the final results to the referee, who, then, declares the winner. This is how the 10-point system functions. The decisions are listed above.

Although the official and most widely used one, the 10-point system is not the only one. Some organisations use a 5-point, 3-point or even a 1-point system, but these are rare exceptions.

And that’s it for today. We have covered the basics of the scoring system used in modern boxing. We hope this article has been helpful to you and that you will follow us for more of the same.

If you are interested in how UFC fights are scored, be sure to check out the article we wrote on that particular subject. 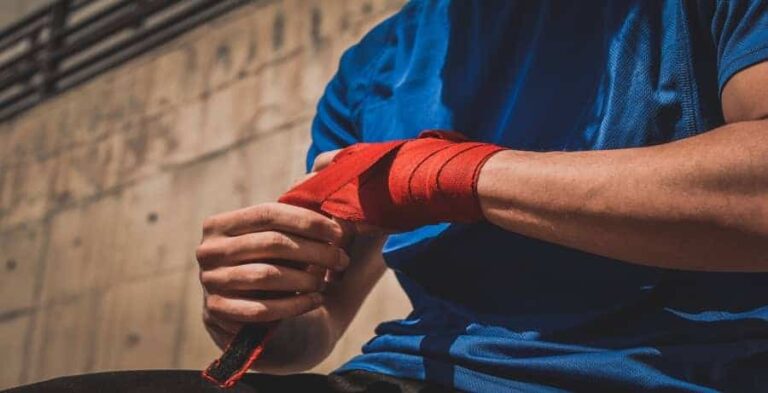 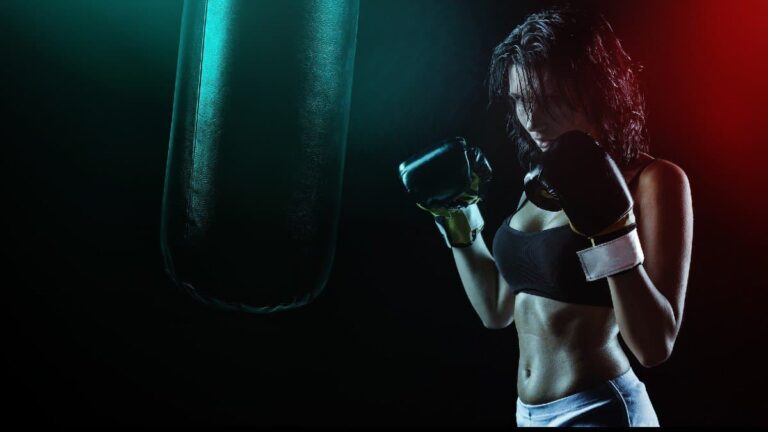 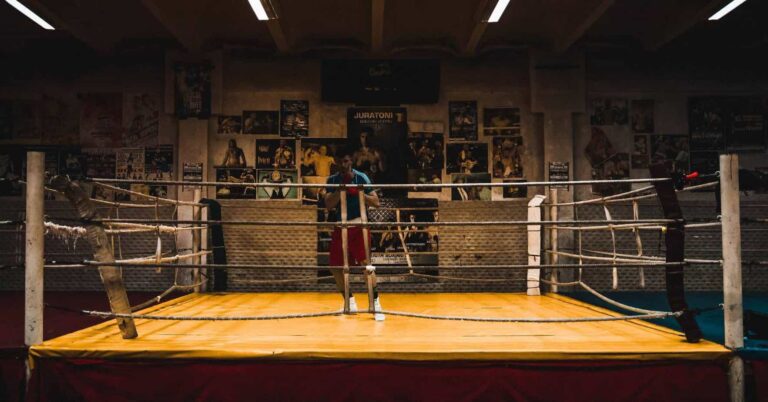 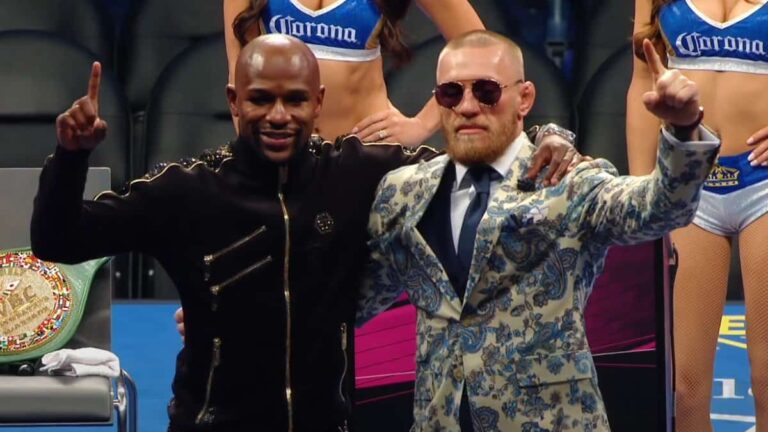 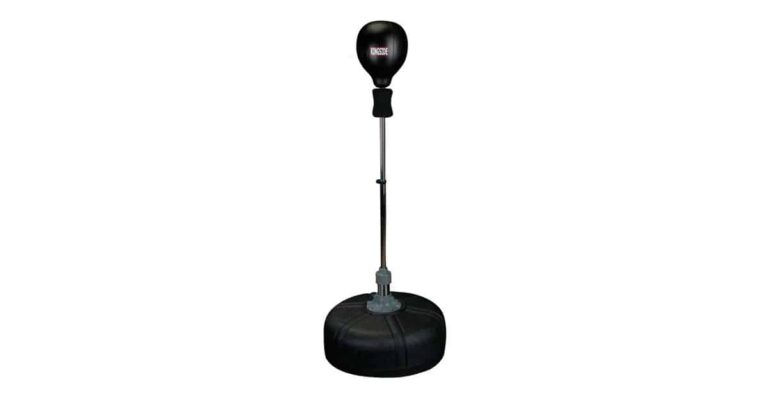