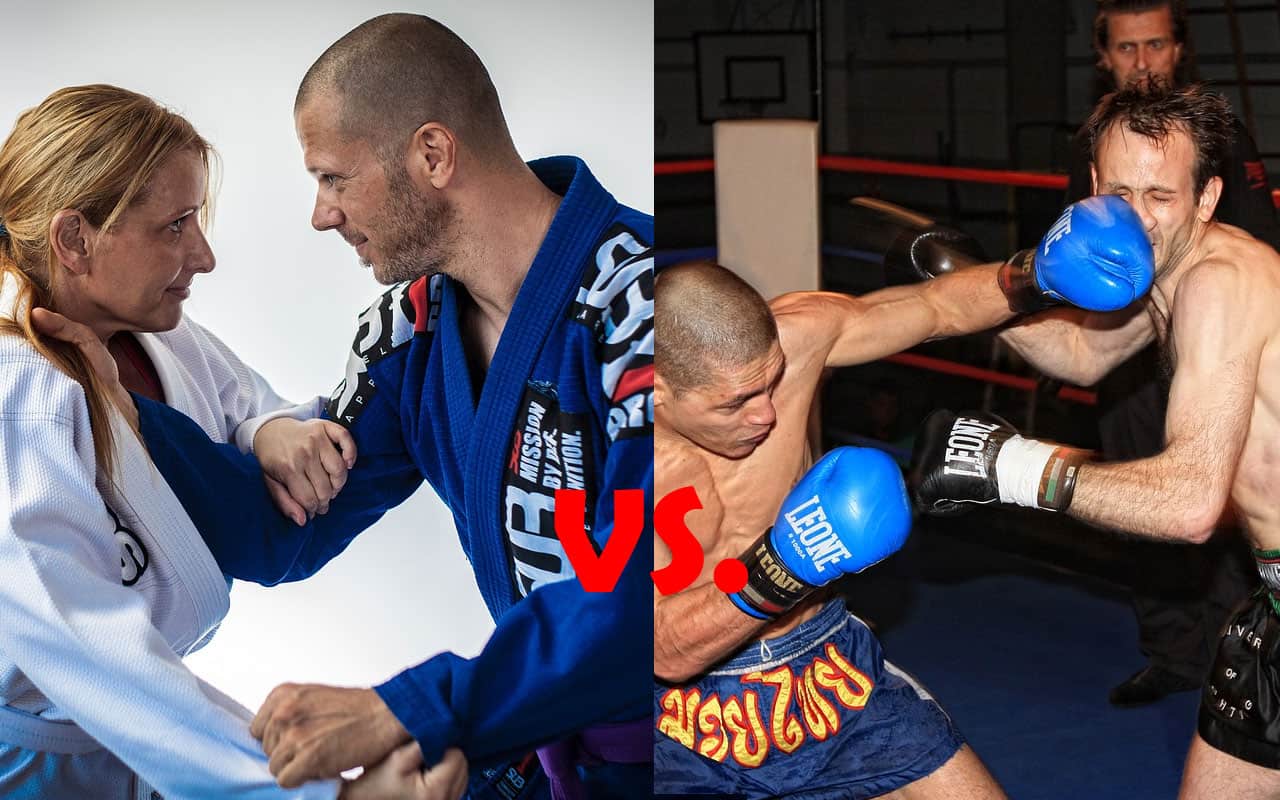 If you take a look at the martial arts used in MMA the most, Brazilian Jiu-Jitsu (BJJ) and Kickboxing top the list. Still, they are diametrically different from one another. That’s why it’s not rare to see fighters train both – they complement each other so well. So, what are the differences between BJJ and Kickboxing?

The biggest difference between BJJ and Kickboxing is in the technique used in combat. BJJ is primarily a grappling martial art that encourages ground combat. Kickboxing, on the other hand, is strictly focused on striking, using punches and kickass to incapacitate the opponent.

Also, Kickboxing denies any ground combat and is performed solely on the feet. Grappling is also not allowed – even clinches are very short and usually separated by the referee. You’ll look to knock your opponent out in Kickboxing, while you’ll aim for submission in BJJ.

What are the differences between BJJ and Kickboxing?

We’ve already mentioned the most obvious difference between BJJ and Kickboxing. One is focused on grappling, while the other focuses on striking. Ultimately, all other differences stem from that fact. You have a different stance, different techniques, and overall different effects because you are looking to achieve different goals and get different results.

When learning BJJ, you will focus on your ground game and techniques that revolve around grappling. That includes wrestling, joint locks, chokeholds on the attacking end, and evasive maneuvers, avoiding damage and crafty escapes on the defensive side of the art.

Fighting on the feet in BJJ usually lasts only briefly, before a takedown is achieved. Most BJJ types forbid striking, although some light techniques are allowed if leading directly to a submission or a lock.

In a BJJ match, the goal is to make the opponent surrender or to incapacitate to a degree where they can’t continue the fight. You learn takedowns and throws only to get to the real spot where BJJ thrives, and that is fighting on the ground.

It’s not easy to learn how to control your position on the ground. Being aggressive and defensive at the same time takes a lot of patience and practice, which is why you need to be extremely well prepared not only physically, but mentally as well. Only a moment of inattention can lead to you losing the match, so it is often a game of nerves as much as it is a game of skill.

You need great stamina and have to be able to predict, anticipate, and respond to your opponent’s every move if you wish to be victorious. That focus and strategy needed to perform well in BJJ are what makes it effective for self-defense. It’ll help you stay focused and patient in stressful situations, giving you a great chance to stay calm and respond to a potential attack.

Unlike BJJ, Kickboxing is based on the fighter’s striking ability. While Jiu-Jitsu encourages ground combat, you never fight on the ground in Kickboxing. Even if the opponent gets knocked down to the floor, you move to the side and allow them to get back on their feet before the fight continues.

As for the technique, you use your limbs as cold weapons, applying brute force to every strike you place, be it with your arms or legs. You maximize the power behind your strikes looking to knock your opponent out.

The stance in Kickboxing is more similar to Boxing than it is to BJJ. Arms are held high enough to protect the chin, but low enough to protect the body as well. You need to be quick on your feet and always be ready to throw strikes in any circumstance. If you get caught on your flat feet, it will lead to defeat.

Grappling is not allowed in Kickboxing. Even when entering a clinch, you have to work quickly to get out of it with a shot, or the referee will step in and reset the match.

Due to one being performed mostly on the ground, and the other one on the feet, there is an obvious difference in the stance when entering a match. The reasons for that are purely practical. You defend against different types of attack, so you have to adjust your stance.

Kickboxing is all about footwork and blocking impact, while BJJ is aiming to be evasive and to enable you to escape holds, locks, and other grappling techniques.

Why BJJ and Kickboxing are so popular in MMA?

What makes the two so popular among MMA fighters are the distinct differences they have between one another. One of them is for grappling, the other for striking. One focuses on stand-up fighting, while the other highlights the ground game.

How one fills the holes of the other is why so many fighters choose to train both. Being excellent in Kickboxing, but lacking the ground game means that you have a hole in your skillset which the opponent can exploit. But, being able to fill that hole with BJJ is what makes MMA fighters lethal.

When comparing BJJ to MMA, and then comparing Kickboxing to MMA, there are more similarities between the latter, simply because it is crucial to defend from striking on the feet in both. Even though ground combat is permitted and often used, every match starts on the feet, so you have to know how to strike and defend from striking if you wish to survive an MMA match.

Which is better for self-defense: BJJ or Kickboxing?

While both have some advantages and disadvantages when it comes to self-defense, Kickboxing is probably going to save you from more attacks than BJJ will. However, that doesn’t mean Jiu-Jitsu is useless for defending yourself.

As we mentioned, BJJ is a martial art that requires focus, patience, strategy, thinking under heavy pressure, and making decisions in a split of a second. All those features are extremely helpful when encountering a life-or-death situation such as an attack on the streets. You will be able to react and respond to an attack without panicking.

However, we can’t neglect the fact that quite often, you won’t be able to get into the position you want before an attacker has already struck. If they attack with punches and kicks, or with an object, it will be difficult to defend yourself against that with only grappling. Also, most of the attacks won’t come on the ground, but rather on your feet, where Kickboxing is much superior.

The striking that comes with Kickboxing will enable you to use force against force, and push away your opponent even if they are coming at you aggressively. Striking is precise, profound, and very effective. Most people couldn’t handle a single low kick if executed properly, so it will give you a huge advantage against all sorts of attacks.

The problem here is when the attack comes from behind. You don’t learn how to escape chokeholds, or how to fight from the backside because you always fight facing your opponent in Kickboxing. Therefore, if an attacker comes from behind and attempts a chokehold, you might have trouble escaping, while you would be able to do it if you were practicing BJJ.

All in all, both have their advantages and disadvantages, but Kickboxing is a bit more effective for self-defense, simply because of the aggressive approach and the force behind the Kickboxing technique.

Which one should you choose: BJJ or Kickboxing?

Choosing between BJJ and Kickboxing depends on what you want to achieve. Also, it depends on what you prefer – striking or grappling. There are many factors to consider, but you should never exclude the option of training both, simply because they work so incredibly together.

If you are looking for an intense workout that will help you get into shape, improve your strength, and ultimately help you defend yourself, then you should choose Kickboxing. Also, if you want to be able to compete quickly as an amateur, then this is the right way to go.

Learning the basic combinations and the right stance doesn’t take a lot of time. But, getting more profound with your striking requires time, skill, and determination. But, if you are willing to learn on the go, and don’t mind taking some damage, you will have a great chance to thrive in Kickboxing.

On the other hand, some people want to learn how to defend themselves without having to harm another person. They will have the opportunity to learn how to do that with BJJ. It relies on focus and strategy, which will give you a great edge when having to defend yourself.

Also, Kickboxing relies on physical attributes as much as it does on skill – you have to be strong to compete in it. BJJ, however, relies more on that strategic part of the game rather than the strength. So, if you are not physically big or strong, you can still be successful in BJJ, in which case you should choose it over Kickboxing. 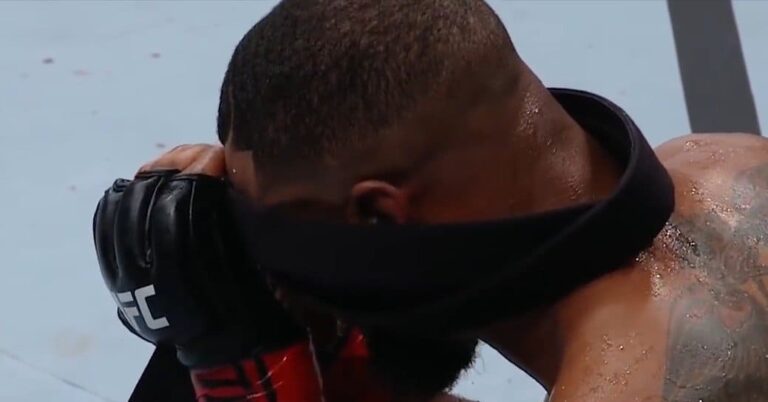 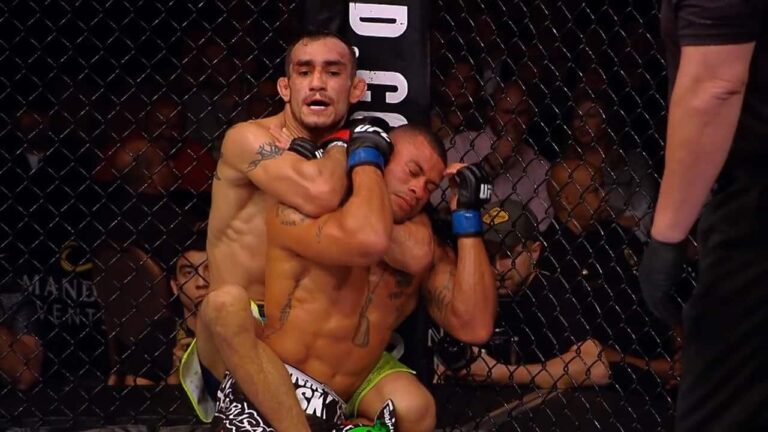 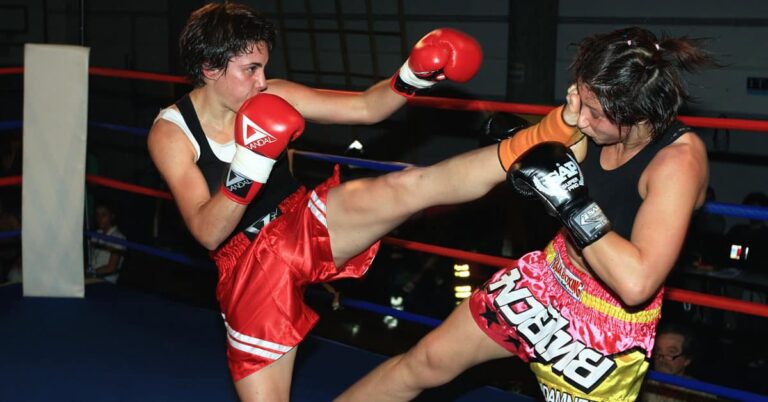 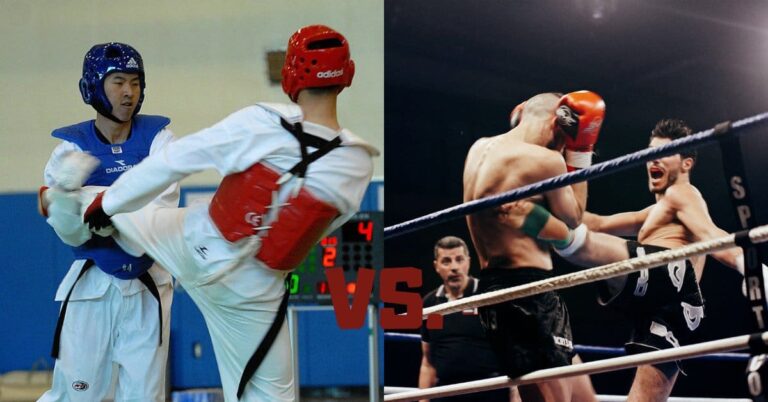 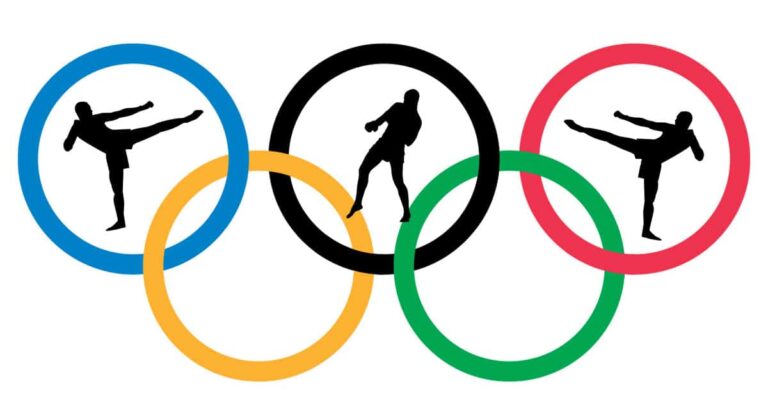