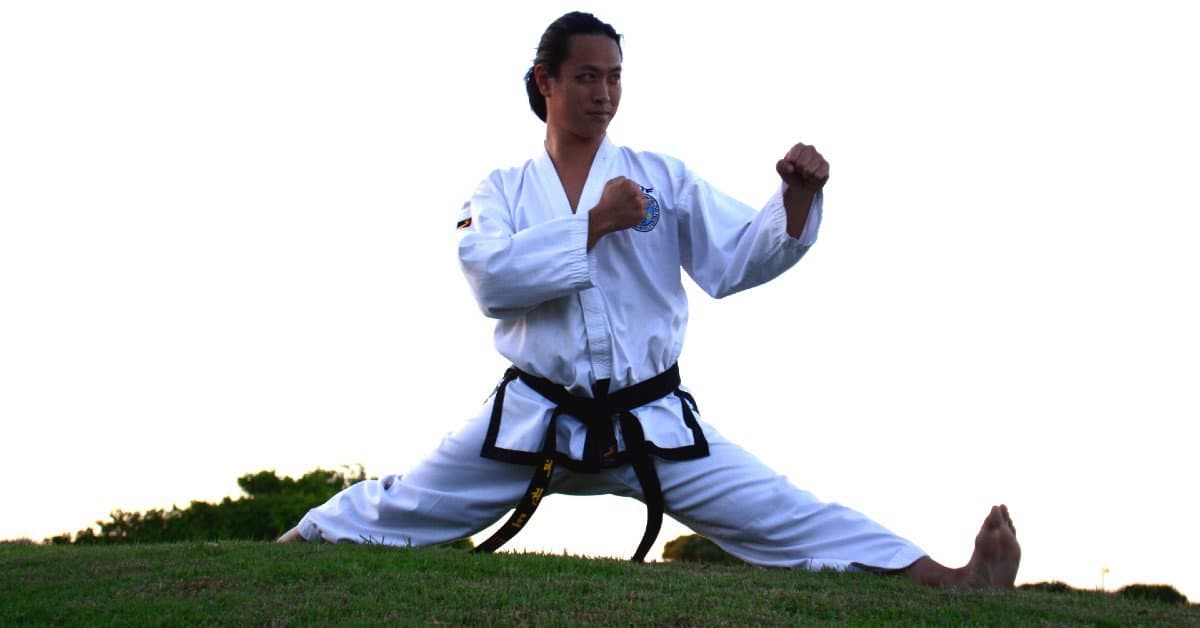 Karate is one of the most popular martial arts in the world. Many people train in Karate only to learn self-defense and get in shape, while some enjoy the sport professionally. However, if you do wish to compete in Kumite (combat), you will need some protective equipment. Even though combat Karate as a sport is regulated by rules and isn’t a full-contact martial art, accidents do happen.

Therefore, the WKF (World Karate Federation) has approved some protective equipment in their competitions. Some of the equipment is even compulsory, and you’ll be unable to compete without it, such as gloves, shin guards, chest guards, and a helmet.

However, they also recommend the use of groin guards, simply because groin shots happen all the time. Although they are penalized, they are a part of every combat sport. It is crucial for your safety and health to find protection that works best without limiting your performance.

What is the purpose of a groin guard in Karate?

As in any other combat sport, a groin guard can save you from nasty blows we have all endured at some point. The strikes to the groin are forbidden in almost every martial art in existence, and there is a good reason for it. First, the most severe shots can have dire consequences on the health of a person enduring it. Not only from a reproductive standpoint, but it can lead to other problems as well.

For instance, stress fractures are very common in the groin area. That is a name for microfractures in the bones that can be very unpleasant and hurtful. Also, a hard hit in the groin can lead to a hernia and require surgery. Also, strains of muscles and tears of ligaments can also occur. They typically occur from overuse of the muscles – for instance, intensifying your training too quickly – but you can suffer them from groin strikes as well.

Even though women should definitely consider using groin protection in sports too, the biggest threat out there is for men. The fact that testicles aren’t protected with either bones or any other tissue, they are very sensitive and fragile, so even a light hit can cause serious problems if it hits the wrong spot. It isn’t uncommon for fighters to lose one or both testicles, simply because they didn’t protect themselves.

With all that being said, it is clear what the purpose of a groin guard in Karate is. In general, a groin guard is a protective garment used to protect that sensitive region of the body. Groin guards are used by athletes in all sorts of sports – even football, basketball, and other sportsmen and women use them, and they are especially crucial in contact sports that include striking – namely, martial arts.

It is crucial to use a groin guard, especially in practice. It will allow you to perform without holding back or changing your approach in fear of an injury. Many athletes, however, don’t wear the protection because they think it limits their movement and causes discomfort. That’s why you should find a guard that fits you perfectly and doesn’t limit your performance in any way but enhances it instead.

How should a groin guard fit?

There are multiple types of groin guards you can use. Some are worn inside the underwear, some on the outside, some require special straps or shorts to hold them. Therefore, fitting into each of them is different. There are some things, though, that you should know regardless of the type.

Female groin guards are usually much simpler. They are usually simple padding sewn into elastic-fiber compression shorts. Moreover, the version worn externally over underwear or the uniform is the most popular. When getting either of the two, you should check if the waist size matches yours. If it’s too tight, or too loose, it is not good to use.

The same thing goes for men’s groin guards. Most commonly, athletes that practice contact sport that requires a lot of lateral, or swift movement, use a cup-based groin guard to protect their sensitive areas. It is far more frequently used in martial arts than groin guards outside of clothes. The external groin guards can be great for protection but can limit your movement and reduce comfort.

If you opt for the cup version, there are a couple of ways to wear one. Before you decide which version you prefer, you should determine which size of the cup you need. Your genitals should fit perfectly inside the cup. If there is too much space and you can feel the cup moving, you should get a smaller one. On the other hand, if it’s too small to protect the entire region, you should replace it as well.

The best combination you can get for both protection and comfort is the cup and compression shorts. It will provide you ultimate protection, and allow you to move naturally without hesitation, knowing that the cup will stay in place. If you are buying the cup and shorts separately, make sure the shorts are “cup-style”. Your waist size determines the size you need.

The compression shorts are used instead of underwear. Once you have them on, slip the cup inside the shorts, in the pocket designed to hold the cup. The narrow end of the cup should face down and fit between the legs, while the cup should be tucked to cover the entire genital area. Try to do some jumps and moves to see if you can feel the cup moving. If it’s perfectly in place, you’re all set.

The other cup-based type of groin guards is jockstraps. You can wear one over compression shorts or underwear, or inside. Everything should fit the same as with the compression shorts. In Karate, external jockstraps with a cup are recommended for fights by the WKF, but interior cups are allowed as well.

We’ll dive into some options to determine which available groin guards are the best option for you, based on several criteria.

If you want the best of the best, regardless of the price, you should get the Diamond MMA Athletic Cup Groin Protector & Compression Shorts. The product is highly innovative both in design and technology, and it is certainly the best option you can easily get on the market. Not just for MMA, as the name of the product says, but for all contact sports in general, especially martial arts that require quickness and footwork like Karate.

The shorts are as comfortable as they get because the material used to make them is of the highest quality. Elastic fibers allow your legs to breathe and move comfortably while giving you great protection at the same time. They are designed specially to make the cup sit as seamlessly as possible, making it almost unnoticeable in use. The cup sits into a carefully designed pocket, which prevents any sort of movement during combat.

As for the cup, it is made unlike any other groin guards on the market. It’s diamond shape and polycarbonate material distribute the energy of a blow evenly, so you won’t feel even the hardest strikes. Bulletproofing glass is made from the same material due to its effectiveness in absorbing kinetic energy.

As for the price – this is where the catch is. Priced at around $90-$120, it is double the price of competing groin guards. One can argue that the quality of the product doesn’t justify that big of a price, but we disagree. If you want the best possible protection, this groin guard is worth every penny.

Now, if you still want the highest quality of protection, but not at any price, we recommend the Shock Doctor Core Compression Shorts + Bio-Flex Cup. They cost around $28, literally a third of the price you’d pay for the Diamond MMA groin guard. However, that doesn’t mean you won’t get the top quality protection and comfort you can get.

The synthetic fabric used for the shorts is extremely durable and comfortable. It feels light and doesn’t limit movement in any sense. Also, the material allows air to circulate, avoiding sweat and smell. That’s a great thing, especially if you plan on using it during practice, which can last for a long time.

Also, a great thing about them is the removable cup. So, during practice, you can put the cup guard in at any moment, when you start sparring. You don’t need to have it the entire time.

The cup is of the traditional “teardrop” design, but unlike other Shock Doctor groin guards, it is placed lower inside the shorts, allowing more comfort. The flexibility of the cup is the reason it absorbs impact as well as it does. It is also the reason it is so comfortable to wear.

There is a difference in quality between the two, but not that big to make you want to spend three times more for the more expensive one. If you ask us which of the two you should get, then the Shock Doctore Core would be our answer.

Now, Karate is well regulated and doesn’t allow full contact, so you might not need either of those. As an honorable mention, you could choose the Wesing Karate groin guard. It is specifically designed for Karate practitioners, and both men’s and women’s versions are approved by the WKF.