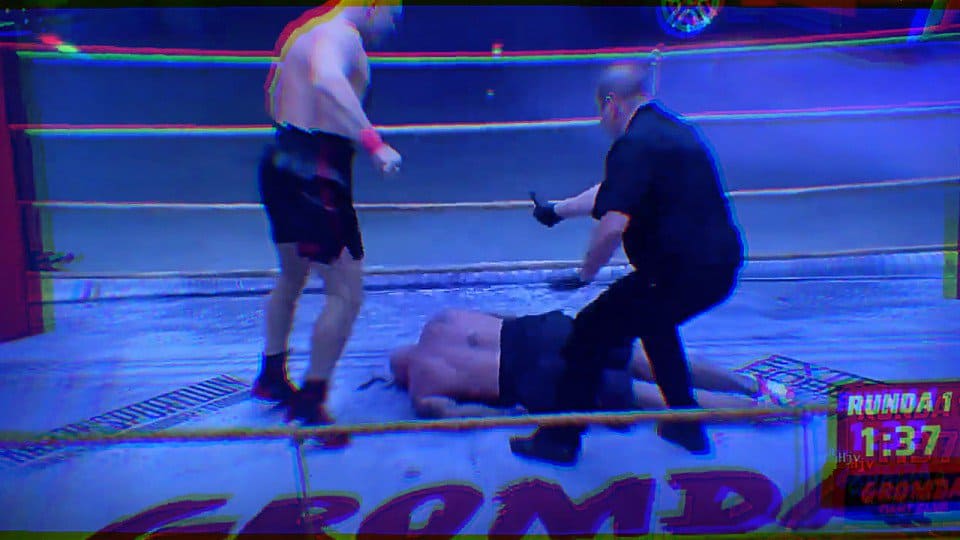 Krystian Kuzma, nicknamed ‘Tyson’, goes to the final of the Gromda heavyweight tournament after a sickening knockout of Łukasz ‘Brodacz’ Załuska on Saturday night.

This Polish bare-knuckle fighting tournament is designed to deliver stoppages, but few could have compared to how brutal the man nicknamed ‘Tyson‘ could prove to be.

Zaluska had to leave the ring on a stretcher, meaning ‘Tyson’ advanced to the final on the night to face Michał ‘Kickboxer’ Bławdziewicz in the final.

Kuzma started the semi-final like a hurricane as he flew out of the ring corner and sought the knockout straight away.

With less than 30 seconds on the clock of the first round, ‘Tyson’ landed a huge right hand behind the ear which left Załuska reeling and in serious danger.

Smelling blood and the chance for an early finish, he sent a thudding uppercut crashing home into the chin of his opponent which left Załuska on the deck face first.

After lying on the floor for several minutes and with medics rushing in to attend the fallen heavyweight, Załuska left the ring on a stretcher.

For ‘Tyson,’ he goes to the final of the bare-knuckle tournament and has secured another first-round finish.

The tournament featured a four by four meter ring, four regulated rounds before one final fifth round with no time limit – meaning the tournament was designed for viral knockout moments like Saturday night.