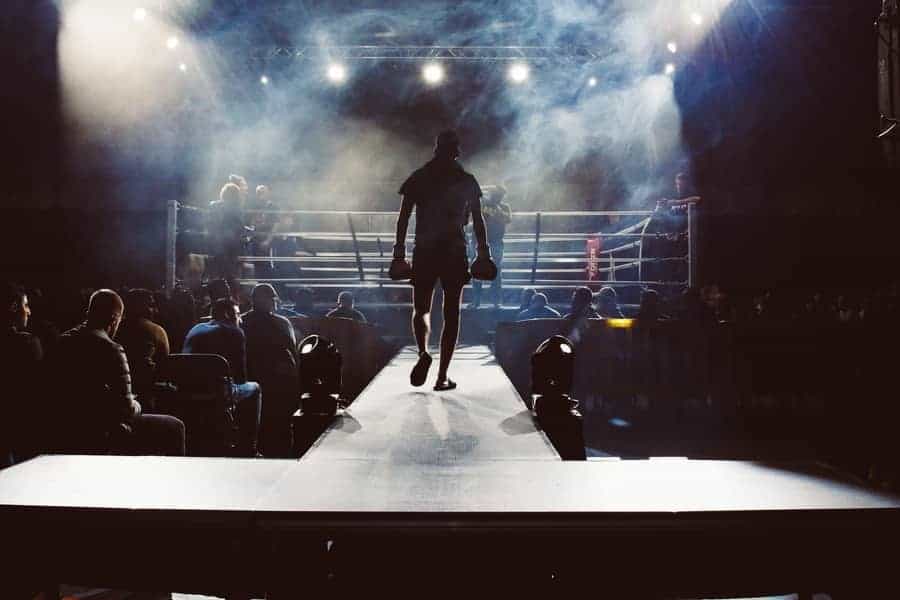 Today, we can often hear things like “I am going to start training UFC” or “UFC is today on of the most popular sports in the world”, but are those two statements exactly true? The words UFC and MMA often come together, and people are often using them as synonyms. But that shouldn’t be the case. UFC and MMA are not the same things.

Saying that the UFC and MMA are the same things is like saying the same for NBA and basketball. NBA is just a league where basketball teams compete and basketball itself is a sport. Just like NHL and ice hockey or FIFA and football (soccer) – one is a league/tournament/cup, and one is a sport.

So, why do people these days confuse these two so often? That can be attributed to the global rise and popularity of UFC. Today, in all the news, we can hear things like “Tune in this evening for UFC super fight” or “3 more days ’till the biggest fight in UFC history” or “Fighter X is the new UFC heavyweight champion of the world”. UFC has become so popular and is so much bigger than other MMA promotions that its name itself is so popular, and regular viewers can often be confused as to what the difference between MMA and UFC is.

To delve a little deeper into the topic, let’s take a look at the history of MMA and UFC, and how the two got the names.

History of MMA and Its Name:

First, to get a better understanding, let’s quickly explain what MMA is. MMA stands for Mixed Martial Arts. It is a sport that combines elements from various other martial arts and fighting styles like wrestling, Brazilian jiu-jitsu, boxing, kickboxing, Muay Thai, karate, taekwondo, kung fu, sambo, judo, and many others. In short, every technique and move that can successfully be used, and of course, is legal (see our article on the list of illegal moves in UFC fight) can be used in an MMA fight.

Combat sports like wrestling, karate and kung fu have their roots in ancient times. But what about MMA? People think that it is a relatively new sport, but as we have said earlier, MMA combines different techniques from various martial arts. So, when did people first start combining these moves?

One of the first known records of combining moves from different martial art styles dates from over 6,000 years ago and comes from ancient China, more precisely a martial art called Shuai Jiao, also known as Kung Fu Wrestling, Chinese Judo and Chinese Wrestling. Practitioners of Shuai Jiao were trained to butt and throw their enemies. It was first designed to help soldiers in hand-to-hand combat and it is the first recorded martial art that combined elements of grappling and striking.

In 648 BC, in Ancient Greece, during the 33rd Olympiad, Pankration was introduced. Pankration combined elements of boxing and wrestling, but also others like kicks, throws, and various submission attempts. Only biting, striking the groins, and eye-gouging were not allowed. The fight wasn’t over until one of the fighters wasn’t able to compete any longer or was submitted by the opponent.

Fast forward to modern times, to the 19th century; there were some events that had the purpose of matching up fighters from different fighting styles. Such as fights between French Savate fighters and English bare-knuckle boxers in an event organized in 1852.

In 1887, a fight between then heavyweight boxing champion of the world, John L. Sullivan, and Greco-Roman wrestling champion, William Muldoon, took place. The fight reportedly ended in Muldoon slamming Sullivan into the canvas.

We can’t talk about the history of MMA without mentioning Brazilian jiu-jitsu and its origin. The original form of this jiu-jitsu style was developed in Japan to train samurais to fight against the armed opponent. In 1914, a Kodokan Judo master Mitsuyo Maeda went to Brazil and met Gastão Gracie. He took his son Carlos as a student which eventually led to Carlos’s brother Hélio making adjustments to the Judo techniques thus inventing the new style of the fighting, ultimately knows as Brazilian jiu-jitsu.

When talking about the origin of MMA, it is crucial to mention the first televised mixed fighting style fight in history between judo wrestler Gene Lebell (who will later train UFC superstar Ronda Rousey) and professional boxer Milo Savage. Take a look at the fight:

One of the most important figures when it comes to the origins of MMA is, without a doubt, Bruce Lee, sometimes even called “Father of Modern Day MMA“. Some people claim that it is wrong to say that about him, but what is certain is that he was a big advocate of learning new techniques and moves outside of your primary fighting style. In the late 1960s and early 1970s, he developed his fighting style called Jeet Kune Do, which was based on taking what works best in different martial arts and combining them in one singular fighting style.

In 1976, a fight between Muhammad Ali and Japanese professional wrestler Antonio Ioki took place. The fight was fought under a specific set of rules. Because of the global stardom of Ali, and the fight’s popularity, many see it as the precursor to the modern-day of mixed martial arts. The fight ended in a draw.

In 1979 in Pittsburgh, the Tough Guys contest was established. It was the first American MMA league. It was the birth of sanctioned MMA fighting under a specific set of rules.

Origin of the term “MMA”. The first recorded usage of term Mixed Martial Arts was in a review of the UFC 1 event by a television critic Howard Rosenberg in 1993. UFC official Jeff Blatnick is responsible for UFC using the term MMA, who, alongside John McCarthy, proposed the name at the UFC 17 rules meeting. In 1995 the UFC first used a term MMA; before that, the fights were promoted as “Ultimate Fighting”. That brings us to the brief history of UFC and how it all began.

History of UFC and It’s Beginnings:

When answering the questions “Are UFC and MMA the same thing?” and “What are the differences between the UFC and MMA?”, it is super important to give a brief history of UFC’s beginnings. As we have mentioned earlier, the first recorded usage of term Mixed Martial Arts was in a review of the UFC 1 event. Soon, the UFC began using it as well.

Two decades ago, UFC wasn’t what it is today. There were no Conor, Ronda, or Khabib, no mega fights, outside-the-cage antics, and no global phenomena. It was as an event where fighters from different martial arts backgrounds could compete and show which fighting style is more superior. Fast forward some 20 years later, UFC is a worldwide sensation. People love to watch fighters fight inside the cage with “no rules”. MMA as a sport is just the purest form of fighting and truly shows who the better fighter is overall. Add the outside-the-cage antics, and there is absolutely no dilemma why UFC is where it is today.

For a more detailed history of the UFC and the man behind it, Dana White, take a look at the article about Dana White and how he got into the UFC.

That being said and taking UFC’s global popularity in account, it’s not unusual that people use terms UFC and MMA interchangeably. UFC is just such a big MMA promoter and a brand for itself that you can actually more often see the term “UFC” than “MMA”. Just take a look at the next infographic taken from Google Trends which compares Google’s search results for terms UFC and MMA (in the USA from 2004 to today).

Although by far the biggest and most popular MMA promotion, UFC isn’t the only one. There are hundreds of other promotions as well. As of May 26, 2018, there are 41 ranked MMA promotions. Let’s take a look at the top 15 MMA promotions in the world today based on event quality and fighters in the promotion:

Although there are a ton of other MMA promotions, because of the UFCs global dominance, it is not strange that some people use terms of UFC and MMA interchangeably.

Also, here is an in-depth analysis and ranking of biggest MMA promotions.