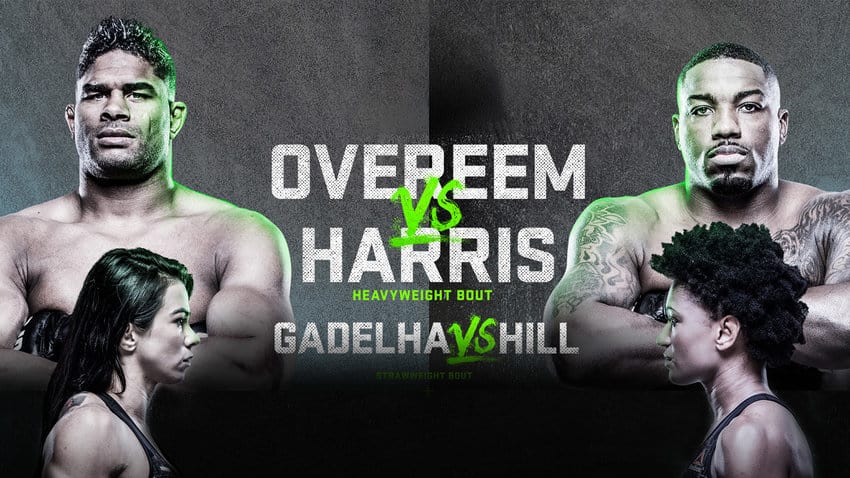 In the UFC Fight Night 176 Main event, Alistair Overeem defeated Walt Harris by technical knockout in the second round, or better to say, he made a great turnaround after he managed to fend off the American’s first-round strikes.

It was the only fight from the main card of last night’s event in Jacksonville that ended in TKO. In the remaining four, the winners were determined by the unanimous or divided decision by the judges.

In the before title fight, Claudia Gadelha defeated Angela Hill by a split decision, and the scoring (28:29, 29:28, 29:28) shows well how the fight was even. The Brazilian gained an advantage in the first round, in which she dominated the ground floor.

The main program began with controversy as the judges in the featherweight category unanimously declared Chinese Song Yadong the winner even though Ecuadorian Marlon Vera had many more punches and was so shocked at the announcement that he refused to shake hands and angrily left the octagon.

The fight between Krzystof Jotko and Eryk Anders in the middle category followed, and the Pole reached the 22nd victory in his career with a unanimous decision.

Controversial was also the divided decision by which Dan Ige came to victory over Edson Barboza (28:29, 29:28, 29:28). The Brazilian was obviously better in the first and even the second round on his debut in the featherweight category, but in the third round he must have given in to complacency and the judges obviously punished him.

Barboza’s manager Alex Davis announced the appeal, at least for principle, also warning with examples of fights between Yadong and Vera and Gadelha and Hill that a bad trial destroys MMA. Barboza’s team filed an appeal after his previous match as well, when he lost in the lightweight division to Paul Felder eight months ago, also by split decision, but the appeal was rejected.

Alistair Overeem defeated Walt Harris via TKO, 3:00 of round 2

Miguel Baeza defeated Matt Brown via KO, 0:18 of round 2

Kevin Holland defeated Anthony Hernandez via TKO, 0:39 of round 1

Cortney Casey defeated Mara Romero via submission (armbar), 3:36 of round 1