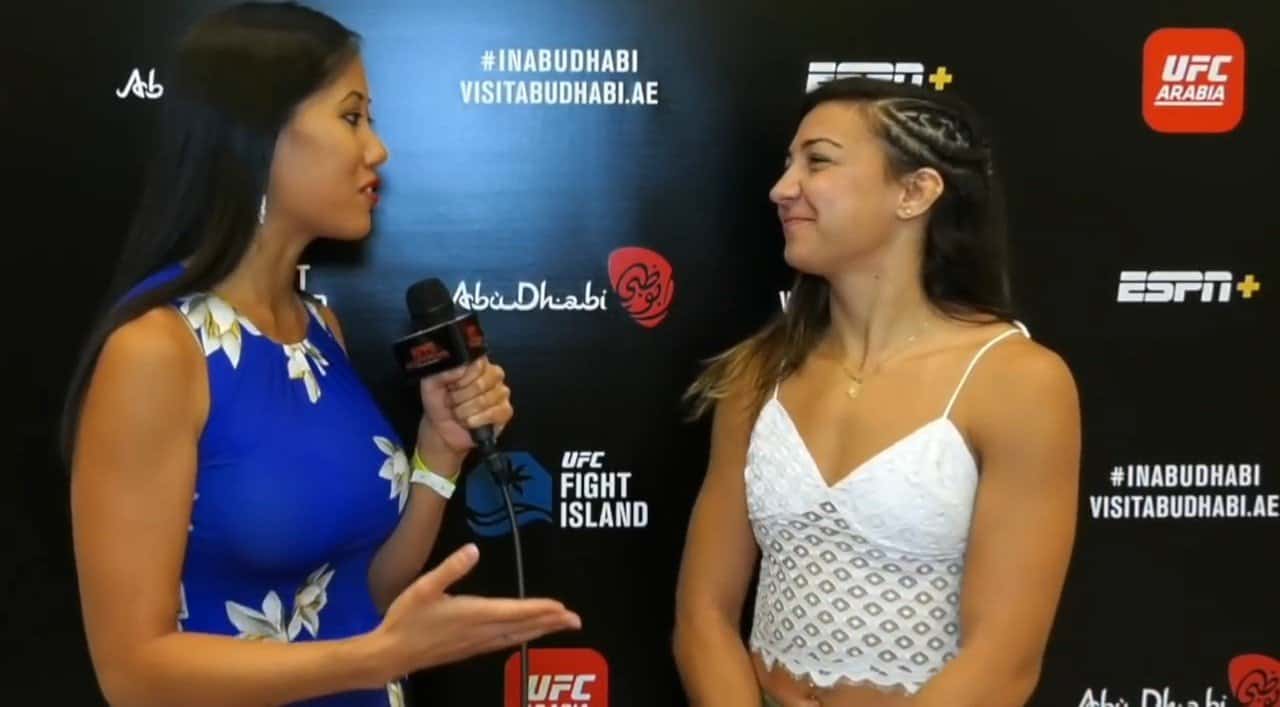 One of the biggest winners of the UFC 251 event is certainly 26-year-old Brazilian fighter Amanda Ribas. Although she has already shown how good she is in her previous UFC fights, so she has already extinguished the hype around Mackenzie Dern, inflicting her first defeat in her career at the end of last year, she did a huge job with her performance at the show last weekend.

In addition to making perfect use of her time gained within the Embedded series, Amanda delighted with an express win over big star Paige VanZant. Because of her, she found herself on the main card of the event, and then she did the job exactly the way she should. At the end of the fight, which opened a program whose transmission was purchased in 1.3 million U.S. households, she made perfect use of the interview as well.

“Thanks to the UFC for the opportunity to fight here. It doesn’t matter who you are but what you do with your life. I train in a small town, in a small gym and no one believed I could beat a girl from a big gym. But I have a big heart and I gave “I did my best to give the best possible performance. I’m very happy. After the fight, my father and brother started crying with me in the Octagon. I’m happy to be able to present my jiu-jitsu. And now I’m going to get my chocolate,” she said. Amanda left the interview with a smile.