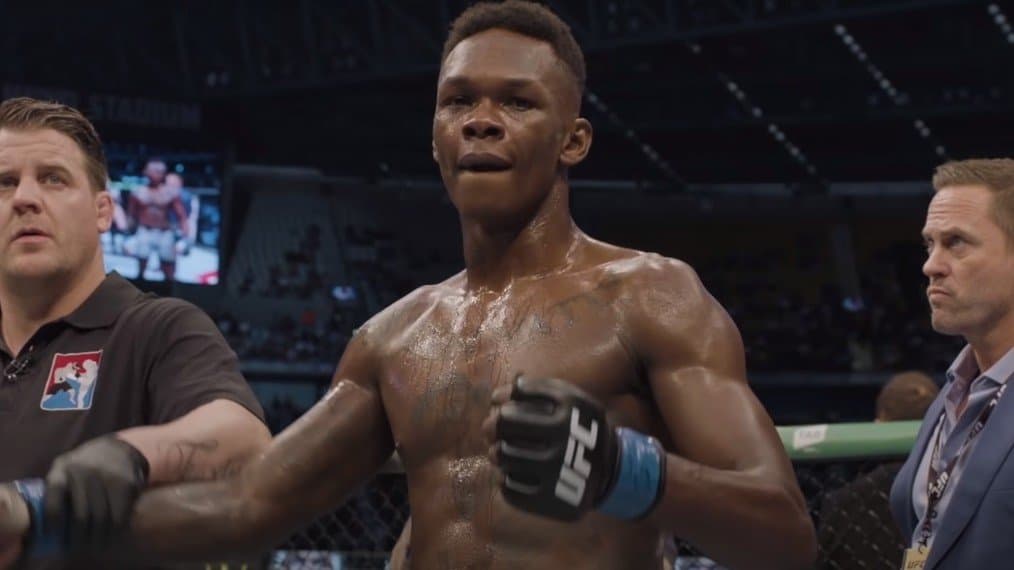 Israel Adesanya is looking forward to his next fight and is very motivated by the fact that his opponent will be Paulo Costa, a fighter about which he has no good opinion. He once again commented on his appearance with a negative comment, but he also explained what made him especially happy about their upcoming fight.

Rarely has a fan been able to remain satisfied with what Israel Adesanya has provided in his last performance. But for a fight that lacked attractiveness he is as guilty as Yoel Romero. Since he took the win that still left him the UFC middleweight champion, it can be said that his goal justified the means. However, he does not want to allow himself something like that for the next fight, especially because he expects Paulo Costa to be a fighter who will be different right from the start.

“This next fight is about me, it’s not really about Costa or anyone else. It’s about me proving myself.

After that last fight, and dealing with what I had to deal with a statue, I’m looking to actually to go in there and have fun this time.”

– Adesanya in an interview for MMA Fighting

He could not avoid commenting on the appearance of his opponent, which many fans believe did not originate naturally. He seems to agree with them, but it seems to create additional motivation for him.

“This is picture perfect. That’s why I love it. The way he looks, this juiced up monkey, evil Drago looking motherf*cker. There’s a skinny boy coming in there to whoop his ass, and when he whoops his ass, the sh*t I’m going to do to him afterwards. Oh my god.

All the sh*t he said leading up to this fight, he’s going to pay for it. He’s going to hear after the fight. Guarantee you.”

But I look forward to this test. I know he’s a way better version than that and he’s not a southpaw. He’s perfect. He’s orthodox. I’m kind of getting used to fighting southpaws these days. It’s just something I do so I’m looking forward to fighting a pure orthodox fighter that just does the sh*t I’ve seen a f*cking million times.”

It is not yet known when the fight could take place, but the end of summer or the beginning of autumn seems to be a date for which the Brazilian could be fully ready after a long recovery due to which their originally planned fight was canceled and due to which he is still on a forced break.

He does not hide that he is impatient, but also this time should give him space to create additional material. Because he doesn’t intend to do that fight only in the Octagon.

“This is going to be so fun. The lead up to the fight, I will bury him on the mic. Oh my god. His broken English. You watch. Pay attention.

“You guys just take notes and pay attention when it comes down to the press conferences, the weigh-ins, staredowns and the fight itself.”

After the disappointment in the fight against Romero, he remained indebted to the fans for an attractive fight in which he will show what he can do. Like the fights against Kelvin Gastelum and Robert Whittaker.