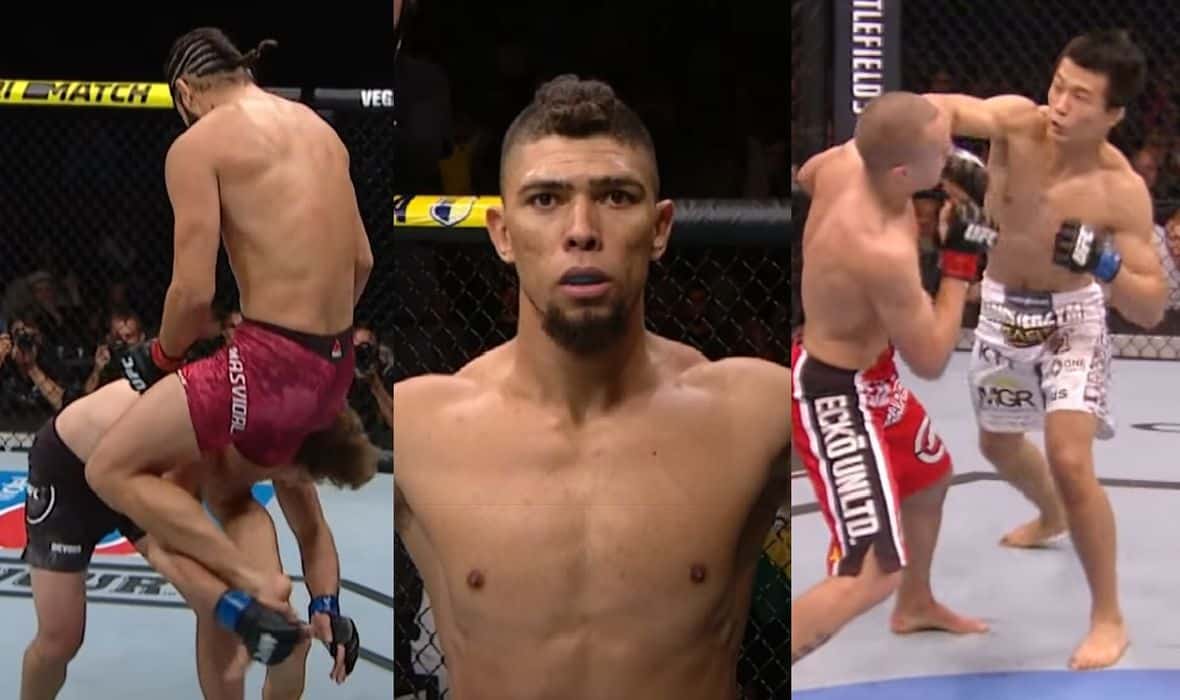 In the series of great compilations that the UFC has been putting on its channel in recent months, the ‘fastest’ also finds its way on it. Take a look at a compilation of as many as 28 finishes, in the vast majority of knockouts, that occurred in the UFC’s Octagon in the first 15 seconds of the fight.

When Jorge Masvidal expressly knocked out Ben Askren in July last year, he broke the record for the fastest UFC finish in a 25-year history of the promotion. Before him, Duane Ludwig had the honor for 13 years, although Todd Duffee and Chan Sung Jung achieved their famous express victories perhaps faster than him, but the judge’s reaction prolonged the fight for a second or two. Of course, all of the above finishes are in this compilation.

In fact, it contains a total of 28 finishes that occurred in the UFC’s Octagon within the first 15 seconds of the fight. From the very beginning and Oleg Takhtatov to modern gladiators like Jairzinho Rozenstruik and Johnny Walker. The two fighters found themselves in the compilation twice. Anthony Johnson for his two victories, one in the welterweight and one in the light heavyweight division, and Anthony Perosh. Once as a winner, and once as a victim of a nasty knockout by which he was defeated by the sadly late Ryan Jimmo.

A 14-minute compilation is in front of you. Enjoy!